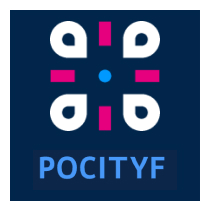 POCITYF is a Smart City project funded by the European Union to help cities to achieve intelligent, social friendly, greener historical cities with special attention to their historical patrimonial assets.

Involved cities in the project

There are two main cities or lighthouse cities in which pilot projects are being developed: Alkmaar (Netherlands) and Évora (Portugal). Other six cities participate as fellow cities, learning from the experiences of lighthouse cities: Bari, Celje, Granada, Hvidovre, Ioannina and Ujpest.

POCITYF is a Smart Cities project funded by the European Union to promote the conversion of historical cities to green, intelligent, and livable cities while respecting their cultural heritage.

The project will demonstrate a total of 10 integrated solutions consisting in 73 individual innovative elements (technologies, tools, methodologies). To achieve this, POCITYF will work in 4 thematic areas or “Energy Transition Tracks (ETTs)”:

In Granada the two main initiatives included in the project are the following ones:

More information can be found in the official project website: www.pocityf.eu